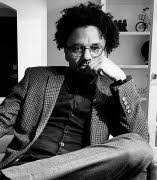 We are excited to formally announce that Mosi Ifatunji, assistant professor of African American Studies and Sociology at the University of Wisconsin-Madison and a faculty associate in PRBA at the University of Michigan, has been awarded the inaugural James S. Jackson Emerging Scholars award for the 2022-2023 academic year. Mosi previously served as the instructor for a course on Race, Ethnicity and Quantitative Epistemologies at the Summer Program at ICPSR and completed a postdoctoral fellowship at the Program for Research on Black Americans at the University of Michigan.

The James S. Jackson Emerging Scholars fund was created to honor the legacy of James Jackson and his many achievements. James served as director of ISR from 2005-2015 and was the first full-time Black faculty member in the University of Michigan’s Department of Psychology. He launched landmark studies, founded iconic programs, and pursued new directions in research on the racial and ethnic life course development of black people. The James S. Jackson Emerging Scholars Fund provides strategic research and travel grants, which will support Mosi in his research. We hope that these funds will play a vital role in Mosi’s continued research career. Congratulations!